30 years ago... the weather was less smoke... dogs waggling freely on the street. Cats as usual could be seen at the ally. All outside food were allowed in the cinema even huff and puff too. Life was not easy yet people were at the same par and only a few were  able to be hole in one.

There, with shirts printed star wars and light saber mano o mano at the back, two boys were walking slowly and gazing at the buildings which surrounded them. They were amazed with all the beauties purely hand made by the locals. They read the sign from top to bottom. They hardly understood what was written on the big pillars but they did understand it was meant for good.

Earlier, their aunt gave them sapuloh ringgit (10 bucks) each to be spend freely as it was one of the boys birthday. That was a big number for them so they put it safely in their pockets.

They kept on chatting and exchanging suggestions to find the best way to spend their money and at last they both agreed. .. they would have something special.

Later, they stood in front of the billboard, Lido ( seperated by a parking space was Cathay) Now showing: Canon The Barbarian. The poster was so huge that it stunned them for a while. How come the man could have a body like that and the women were less covered? They started to think.

They nodded their heads. Its the sword. It was so big and only a strong man could handle it. They didn't make any remarks on the women less covered. The boys, one is 8th while the other is 10th.
"We should see them" remarked  one of the boys. That was it. The special one for my birthday.

Before they began to take their first step. Something caught on their attention.  Its not the seeing but smelling. The aroma was so tempting that their mind was getting confused whether to follow their eyes or surrender to the nose but this time, the stomach won. 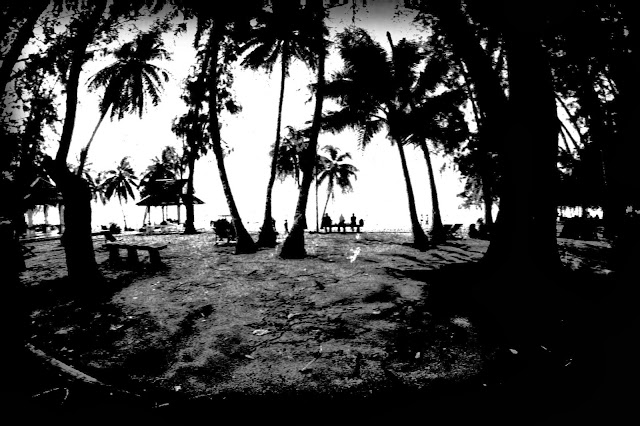